“For you created my inmost being;  you knit me together in my mother’s womb. I praise you because I am fearfully and wonderfully made;  your works are wonderful,  I know that full well.” Psalm 139:13-14

Ivy came with one push at 1:19 pm on July 5th, 2018. She cried immediately and was able to be put right on my chest. After a few minutes, the NICU team carried her a few feet away to check her out. They fed a tube down her esophagus to rule out the esophageal atresia that had been a concern. It went right to her stomach which was an answer to prayer. They put a C-PAP mask on her to help with oxygen for a few minutes and then checked her oxygen levels as they took it off. Her levels stayed high and so after weighing and measuring her (5lb 13oz and 18 inches) they brought her back to me. She would not need a trip to the NICU! I was beyond thrilled.

I had so much fear surrounding what Ivy’s birth would be like, thinking I wouldn’t get to hold her right away or that I wouldn’t feel the same immediate bond I had with my other two babies. Ready for some hard honesty? I was truly fearful that I wouldn’t think she was cute because of that extra chromosome. Just typing those words makes my heart ache. I wish I could go back and shake myself. Because with one look at her sweet face, I fell in love with Ivy Joy Marcie. My beautiful baby girl. The same one who kicked so fiercely inside me. The one who always reminded me that even though her sister was in heaven, she was strong and healthy. Her Down syndrome was not what made her my Ivy. It was a beautiful part of her yes, but she was so much more. Fear is a funny thing. It has such power over us. It molds our thoughts and feelings. It builds anxiety and worry. Fear is a liar. God’s truth is that He formed us all inside our mothers’ wombs. He chose every part of us. My sweet Ivy was fearfully and wonderfully made by the creator of the heavens and the earth. She was made in HIS image and He does not make mistakes. The moment I saw her face, I understood that in a way that I couldn’t while she was inside of me. ​

The way I felt in the moments, hours, and days after Ivy was in my arms may be the happiest I’ve ever been. So much sadness and fear had led up to her arrival with the loss of Willow, her Down syndrome diagnosis, and possible health complications. Those devastating feelings paved the way for joy that I cannot truly put words to. I’m reminded of a devotional I read right after we lost Willow, and I wrote about in a previous post (Learning the Ways of Grief). It talked about the verse “Sorrow may last for the night, but joy comes in the morning.” Psalm 30:5b In my grief, I really clung to the idea that grief ebbs slowly in the way that the dawn creeps in and slowly brings light. After Ivy’s birth, I have been thinking about this verse a lot. I know that it is such a cliche thought that you can’t know joy unless you know pain or grief. It’s something I might have said in the past with no real conviction. But the joy that I felt seeing Ivy’s face was so much more intense because it came after such incredible grief and fear.

The rest of our hospital stay was brief and wonderful. Ivy had to get her blood sugars checked every two hours because she was premature, but her numbers never dropped below normal. Babies born with Down syndrome have a condition called hypotonia which means they have low muscle tone. That can often cause problems with breastfeeding because they aren’t strong enough to latch and get enough milk without getting tired. However, I was able to nurse Ivy right away, and that was another huge answer to prayer. She latched and was audibly sucking and swallowing. The nurses were amazed! We had lots of visitors who loved on us and our sweet girl. Zoe and Eli got to meet their new baby sister and were instantly in love. Zoe was in heaven holding Ivy and Eli was so proud when he had his turn. He went around to everybody in the room and made them come give her a kiss while he held her. It was the sweetest! My heart felt like it would explode with joy.

Thank you all for the outpouring of prayers and love for our family and our perfect little girl. We are so very blessed. 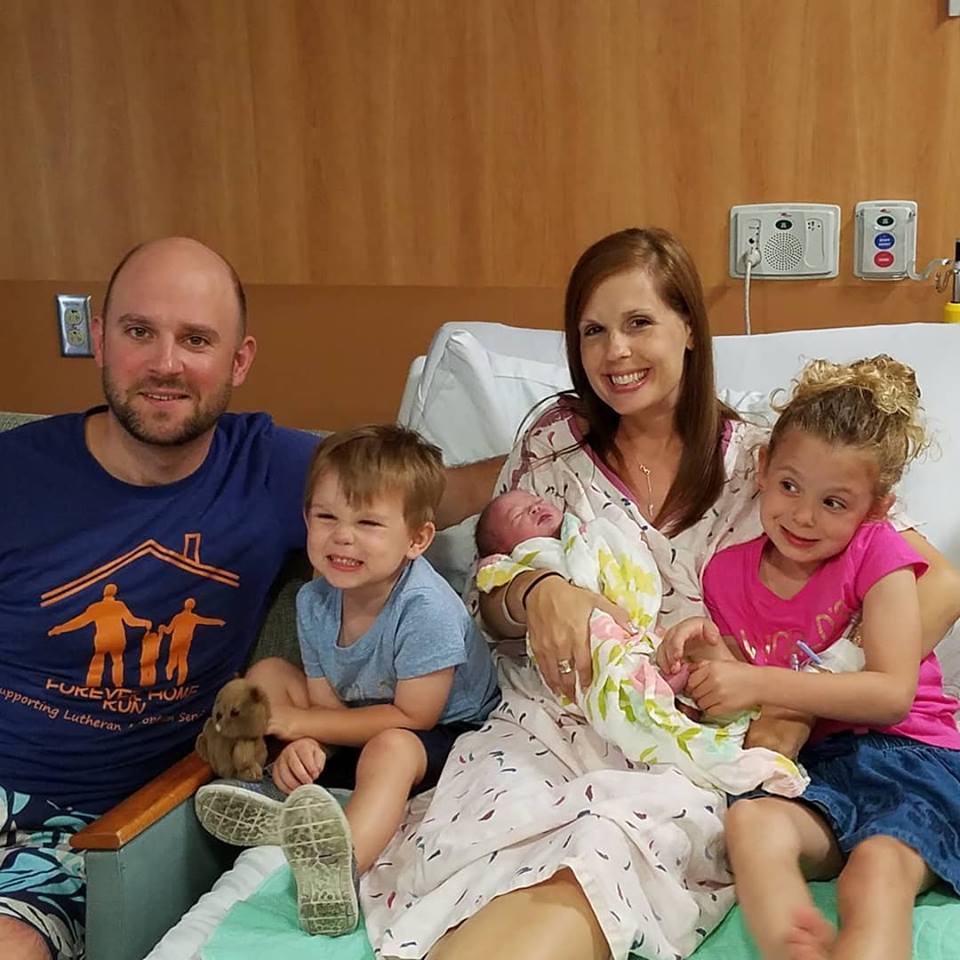